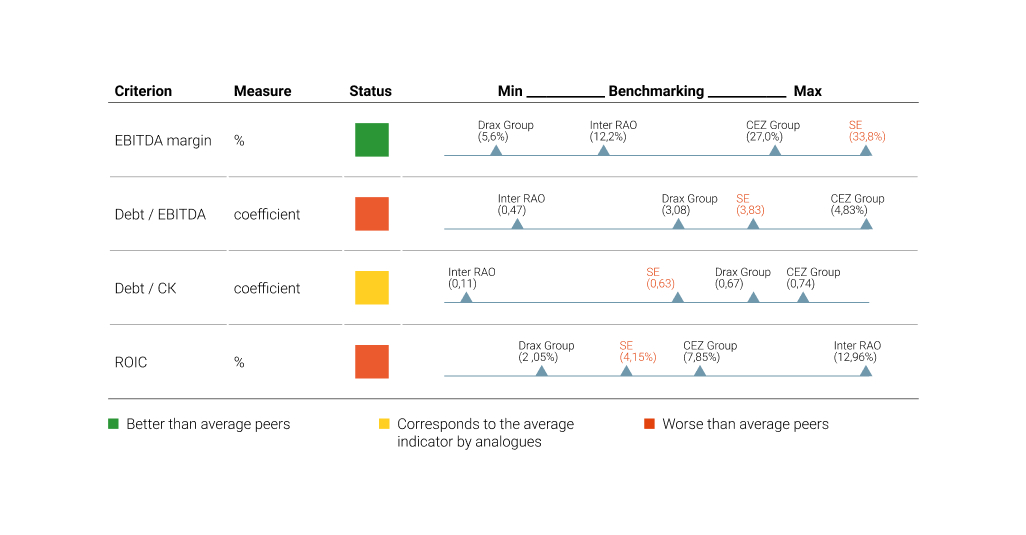 At present, in comparison with foreign peer companies, “Samruk-Energy” is inferior in respect to certain indicators. Financial stability indicators shows that Samruk-Energy fully uses available financial leverage. At the same time, according to EBITDA margin, Samruk-Energy outcompetes its peers. This indicator demonstrates a high profitability of sales. As regards ROIC (return on long-term invested capital), Samruk-Energy is at the same level with its European peers. At the same time, in terms of this indicator, Samruk-Energy is significantly inferior to the Russian holding company, characteristics of business of which are identical due to the similarity of economic conditions of operations, which indicates about the need to increase the efficiency (profitability, return) of investments. 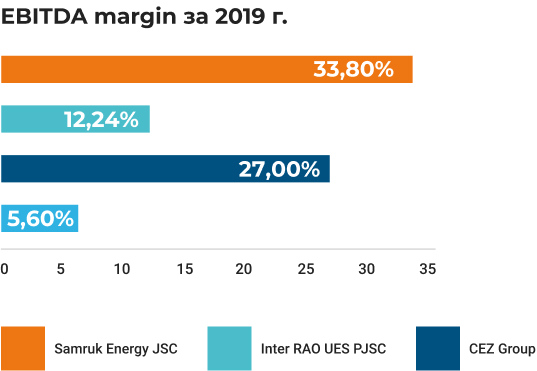 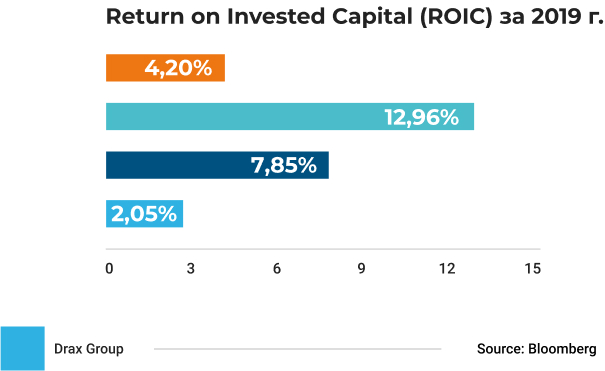 At the same time, it should be noted that “Samruk-Energy” JSC is an agent of the state policy in power sector. In this connection, as well as with a high degree of depreciation of energy sector, socially significant investment projects (aimed at reliability and continuity of the energy system of the Republic of Kazakhstan) have been implemented since 2009, which led to a significant increase in invested capital and respectively decreased the company’s return on investments indicator. An additional factor that influences on the return on investment indicators is the low level of the electricity tariff in the Republic of Kazakhstan in comparison with the countries of peer companies.

“Samruk-Energy” JSC is faced with the task of creating a balanced development model, which includes the optimal ratio of energy supply to domestic consumers and exports, combining high economic efficiency, innovative improvement and advanced standards of social responsibility

The implementation of “Samruk-Energy” JSC investment projects is a tool to achieve the strategic mission of the company and allows meeting the growing demand of Kazakhstan in electricity and capacity, increasing the export potential of the Republic.

The investment program of “Samruk-Energy” JSC is aimed at modernization, reconstruction and construction of generating facilities, as well as ensuring reliable energy supply and meeting the needs for electricity and heat. 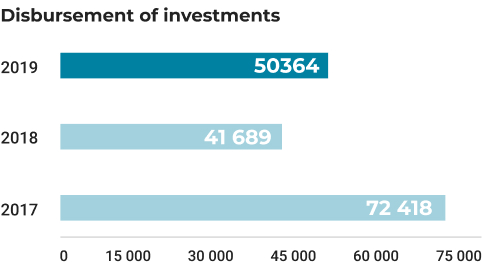 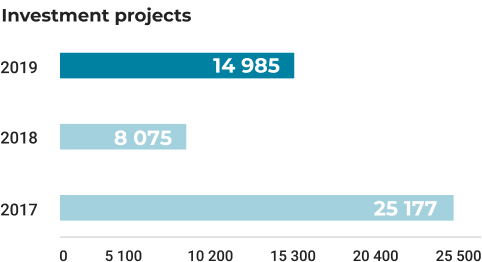 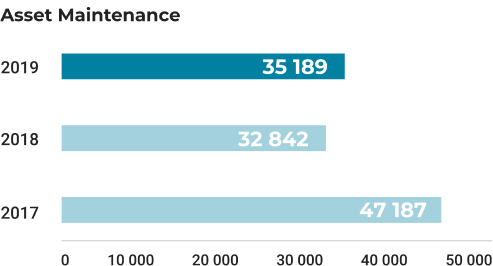 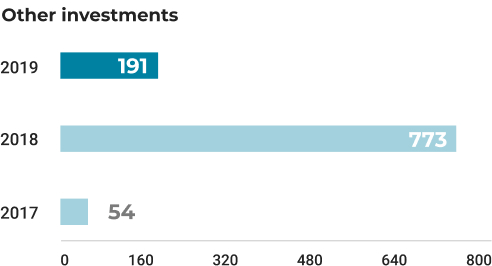 The investment program is financed using own funds, debt financing of international financial organizations and second-tier banks of the Republic of Kazakhstan.

Analysis of capital expenditures according to the spending method, mln. tenge